You are using a web browser that may not support the design features on this site.

For the best experience, please switch to another browser. We recommend Chrome or Firefox.

The purpose of this month's post is to talk in depth about a commonly misunderstood procedure, the Root Canal!

This belief about a "dead tooth" resulting from a root canal is a very common belief. However, it is not true. According to Clifford Ruddle, one of the leading authorities in the dental world regarding root canals: “anybody that’s even been remotely involved in dentistry, would know that any “dead” tooth would be exfoliated and rejected by your own immune system. An endodontic tooth is a vital tooth because the body perceives it as vital because there is a PDL attachment, a suspensory ligament that slings the tooth from the cementum to the surrounding bone.  So, the tooth is vital, interpreted as an integral member of the arch, and it can function in complete health.”

So, a properly root canal treated tooth is still a functional and living tooth, because the body doesn’t reject it, and because it can still sense pressure sensations, but not pain sensations.

2) Aren’t root canals needed before you do crowns?

I get asked this by patients at least a few times per month. The answer is that if a tooth needs a crown, that doesn’t mean it a needs a root canal automatically. However, the reverse is true sometimes. If a tooth (a back tooth in particular) needs a root canal, it will sometimes need a crown.

3) Just when exactly are root canals needed? Only when there is pain?

Root canals are needed for the following reasons:

Of the three reasons above, the first one involves pain. There may or may not be any pain associated with the second and third reasons, although those reasons are just as equally valid as the first one. A way to think about it is this, sometimes heart surgery is needed because a patient is feeling pain, and the doctor finds out that this is being caused by heart disease. However, sometimes a patient will need heart surgery even if he doesn’t feel any pain, especially when his cardiologist finds that he has severe heart disease. Pain is not the only indicator of when something is wrong.

4) My tooth has a large cavity that is close to the nerve. The other dentist says I need a root canal. I don’t understand why I can’t just have a filling. After all, it doesn’t hurt.

Again, pain is not the sole indicator of whether or not to do a root canal. When you have a cavity that is right up on the nerve, there is a significant chance that during the filling procedure, the nerve may get irritated irreversibly. Whether or not this will happen cannot be predicted, although we can say that the chances of it happening are significant. If it doesn’t happen, then you are lucky, as the filling will be enough for the time being. But if the nerve does get irreversibly irritated, there will often be immense pain that doesn’t go away, and, a root canal will be the only cure (besides extracting the tooth). So you will end up paying for a filling, a root canal, and a crown, as opposed to just a root canal and a crown.

5) I’ve been told that root canals take a long term and are extremely painful. Is this true?

Root canals can take anywhere from 1-2 hours. True, it is one of the longer procedures we do. But stories of root canals taking 5, 6, 7 hours are greatly exaggerated. Furthermore, with modern anesthetic techniques, there is no reason for you to be in pain during the procedure. In fact, modern root canals are painless.

After the root canal, you may have some pain and possible swelling, but we often prescribe medication to deal with these issues if needed.

Most insurances cover Root canal procedure so that your out of pocket expense is low. We at Woodin Creek Dental also offer flexible payment plans to help our patients get the treatment that they deserve. We have helped out many patients who do not have insurance, who otherwise would have chosen to have their teeth extracted due to not being able to afford root canals. If you need a root canal, but are not able to afford it, call our office at 425-947-2727 and ask about your options.

At Woodin Creek Dental, we understand that the coronavirus (and COVID-19) have created an environment of unprecedented uncertainty and concern for our patients. We are committed to ensuring your safety above all else and are reaching out to our patient community regarding the steps we are taking to protect you during this time.

The health and safety of our patients and our dental team have always been our top priority. In accordance with COVID-19 recommendations set forth by the American Dental Association and the Washington State Dental Association, effective March 18, 2020, we are closing our office and postponing all non-emergency dental care ...

Read More
Have a Dental Implant? Follow These Steps to Protect Your Investment

When you choose a dental implant to replace a missing tooth, you make an investment in your oral health that has lifelong benefits—providing you care for it correctly!

Dental implants in Kirkland, WA are a full tooth replacement and are as close as modern dentistry can get to a real ...

Read More
Dental Bridges and Implants – How Are They Different? 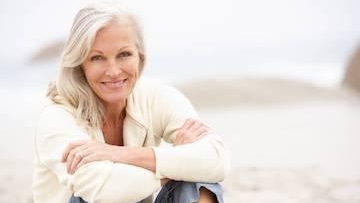 Dentistry has a come a long way in the past few decades, giving us more and more options for solving common problems like tooth loss. Today you can choose from a bridge, dental implant, or comfortable, natural-looking dentures to restore function and appearance.

Choosing the Right Solution for You

Follow us on TwitterLike us on FacebookWatch our Youtube VideosLeave a Google ReviewVisit us on YelpFourSquare
If you have difficulty using our website, please email us or call us at (425) 947-2727
View the ADA Accessibility Statement
Turn on ADA Views
CORONAVARIS HEALTH UPDATE We’ve implemented some extra precautions regarding the Coronavirus in addition to the universal precautions we take to protect your health. What we are doing?: • Disinfecting the reception room, check-in and check-out counter tops and bathrooms every hour. • We also have private treatment rooms which greatly help with eliminating the spread of infection. Each room is disinfected fully after seeing the patient • Disinfecting doorknobs and sinks with disinfectant wipes. • Disposable/washable scrubs/gowns  • Temperature scan preformed at front station; All patients must have a temperature less than 100.4 degrees to be seen. • Hydrogen Peroxide rinses provided before treatment. • Removed all magazine, toys and unnecessary items from the reception room. • We have implemented designated times on the schedule for high risk patients •Pre-screening patients over phone and in office to eliminate the potential source of infection entering the office.
Contact Us Today
Give Us A Call
Woodin Creek Dental - (425) 947-2727
Request an Appointment
Expanded Details View
This Patient's Experience
Loading Testimonial...
Loading Case...